A common scenario for our liquids business customers, is one where goods are moved from and to Stock Tanks at locations (Terminals) that use Weighbridges to measure the weight of the trucks on entry and exit. These results need to be fed into ITAS to allow an accurate recording for both maintaining the actual quantities of the associated Purchase or Sale Contracts, as well as the stock levels of the Stock Tanks themselves.

Legacy services have been devised to generate instructions for the 3rd party weighbridge software and interpret the back-flow of information after weighing is completed. One of the main issues has been maintaining the formats of the files as each weighbridge could potentially have its own software and settings, meaning that requirements needed to be handled at a low level. Any upgrades to the 3rd party software would often involve changes to the ITAS legacy services that could be time-consuming and difficult to test in a development environment.

Adopting the strategy of migrating legacy services to the ITAS Services architecture, components used within the Weighbridge workflow were broken out and made available to the ITAS API. This allowed middleware workflows to be developed that consumed data/endpoints from both ITAS and the 3rd party software. Transformation, mapping and management/monitoring therefore moved into the Integration Platform environment. API endpoints became more generic and re-usable. 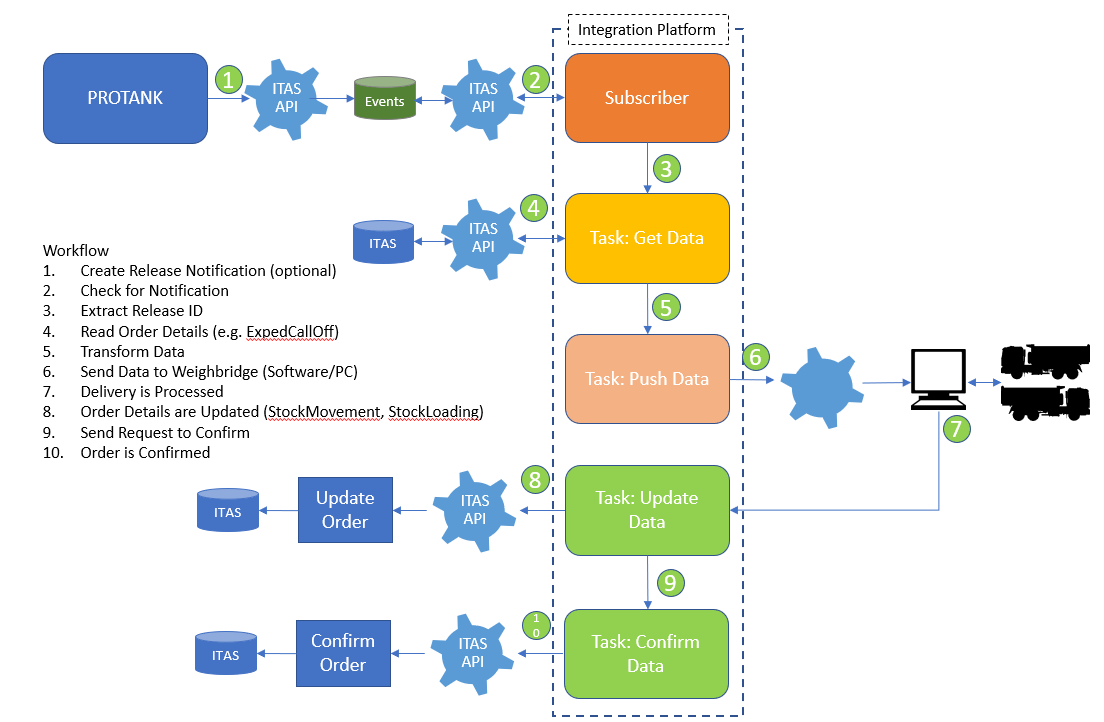 Let us know what you found unhelpful

Send My Feedback
Thanks for your feedback